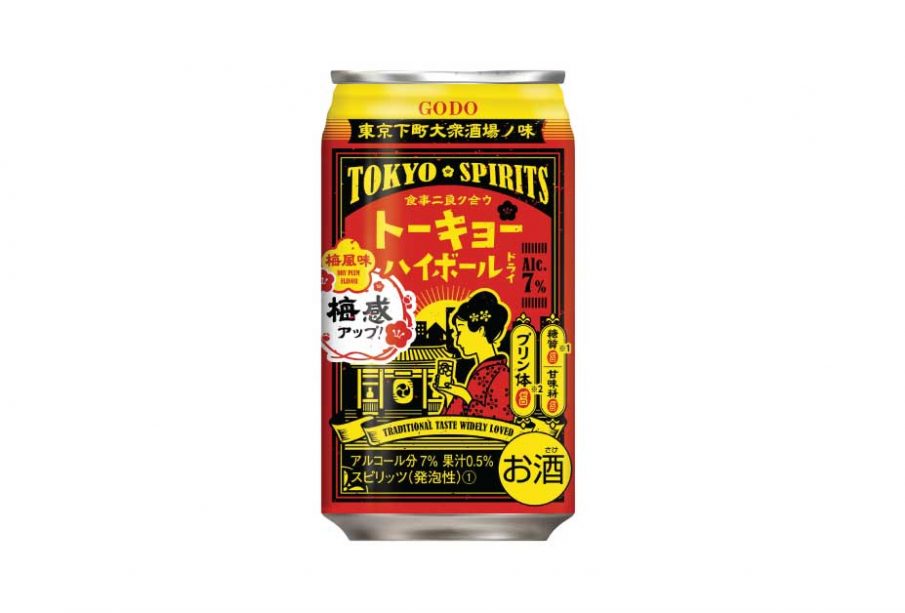 Iconic Tokyo Dry Plum Highball gets a Showa-ish rebranding to boost sales towards the summer time with focus on foreign visitors to Japan.

Oenon Group’s Godo Shusei Co., Ltd. – Headquarters: Sumida-ku, Tokyo – has rebranded their “Tokyo Highball Ume Flavour” which reproduces the taste that has long been loved at a bar’s in down-town Tokyo. It will be released nationwide only in late March and expected high peak sales in Summer time.

In down-town areas of ​​Tokyo, a “genuine chu-hai,” is shochu based and is served with soda water known as Soda-wari and options with plum flavour are normally enjoyed by many people since ancient times. An “original Chu-hai” is dry and crisp with subtle plum notes.

In addition, chu-hai tend to be zero carbohydrates, no purines, and no sweeteners added so they gain reputation of being healthier than other alcoholic beverages.

The new Tokyo Highball Ume Flavour features a design that makes you feel like Showa-era that is believed to be popular with tourist coming to Japan during the summer time.

Rebranding is not all, but the original recipe suffers and addition of plum juice into it, 0.1% to 0.5%, as well as the aroma will be more noticeable. Alcohol content will be modified also from 9% to 7% to promote an easy drinking feeling to it.

I like all related to Japanese drinks, and discovering the passionate people behind it.