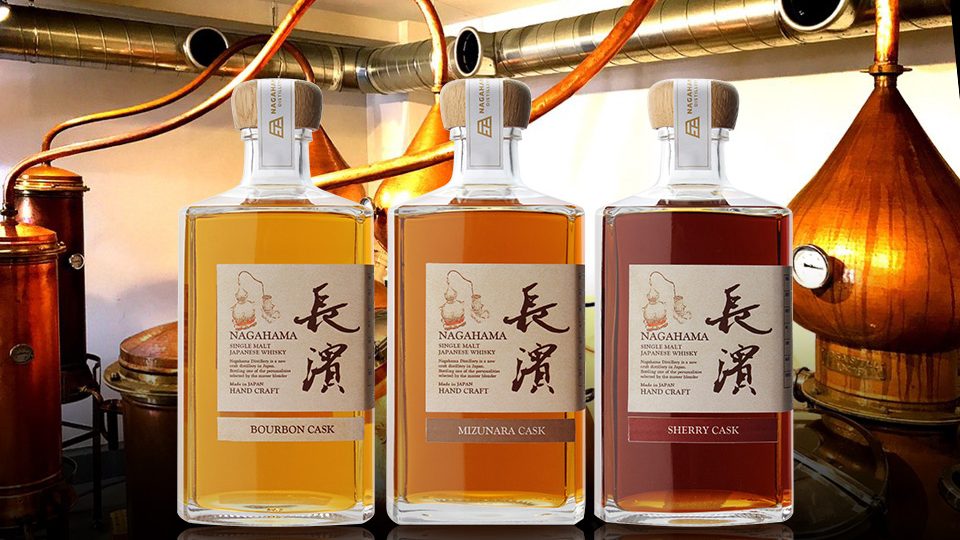 The release of their first single malt it was just a short matter of time, however instead of releasing one, they have come up with three, in a single cask series that see Bourbon, Sherry and Mizunara featuring cask strength editions that will be label as Nagahama Whisky.
Nomimono
0
1737

Three years have passed since Nagahama started distilling Whisky next to Lake Biwa, Japan’s largest freshwater lake in Shiga prefecture, the release of the first Single Malt is finally here. 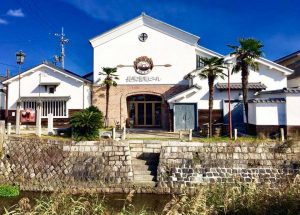 Nagahama Brewery was established in 1996, the year the Japanese government loosened restrictions concerning beer production and the team behind wanted to create a local craft beer, whish finally was known as Roman Beer, after they succeeded, they moved onto whisky distilling.

The Nagahama Distillery started distilling on the site of Nagahama Roman Beer in November 2016.  And at present, they had mainly release ”AMAHAGAN” whisky blended with in-house malt and also imports from overseas undiluted whisky, a common lazy practice we have already spoken about since Japanese Whisky does not have any set of rules when it comes into labelling as “Japanese Whisky”.

The release of their first single malt it was just a short matter of time, however instead of releasing one, they have come up with three, in a single cask series that see Bourbon, Sherry and Mizunara featuring cask strength editions that will be label as Nagahama Whisky.

If it happens you get a lucky chance to grab some of this new Nagahama whisky, do not hesitate and take it staright away, as with just 718 bottles of this first release series, it is assurance that it won’t be seen much longer in public, and we will be aiming to wait to the presumably stock this distillery is still sitting on quite a lot of other casks to be released in due course. This distillery’s journey has just begun, and it is always esciting to discover the journey of greatness one step a time.

Notes from Nagahama Distillery
Carefully selected barrels based on the “Ichijo Ichi barrel” base concept of the Nagahama Distillery. They bottled the original malt aged for 3 years in bourbon barrels in a single cask and cask strength.

Appearance: Light amber
Fragrance: The top note is a malty depth derived from Nagahama malt, with rich, well-balanced and comfortable woody notes. Sweet aroma of vanilla, coconut and honey continues over time.
Taste: A woody, spicy attack originating from a barrel that spreads in the blink of an eye. The taste of ripe apples stands out half way through

Notes from Nagahama Distillery
Carefully selected barrels based on the “Ichijo Ichi barrel” concept of the Nagahama Distillery. After aging for 1 year in Bourbon barrels, it was later aged for 2 years in Oloroso Sherry Quarter Casks.

Appearance: Deep ruby ​​red
Fragrance: A mellow aroma in which the sweetness derived from the Oloroso Sherry barrel has fully melted. Dried fruits, raisins, butter and almond vanilla and notes of maple syrup.
Taste: Rich texture with hints of berries and raisins. A reminiscent tannin of black tea and a great addition of the spiciness of Spanish oak, makes feel a nice lingering,

Appearance: A beautiful madder colour reminiscent of dusk on Lake Biwa
Fragrance: Exquisite and calming scent like freshly blooming white petals. Smoky feel and the lingering scent of oriental fragrances.
Taste: The unique woody and rich mouthfeel derived from the new barrel of Mizunara is luxury noticeable. Bitter chocolate and cinnamon. The slight peat accent in the after-taste disappears quietly and leaves a wonderful mouthfeel.