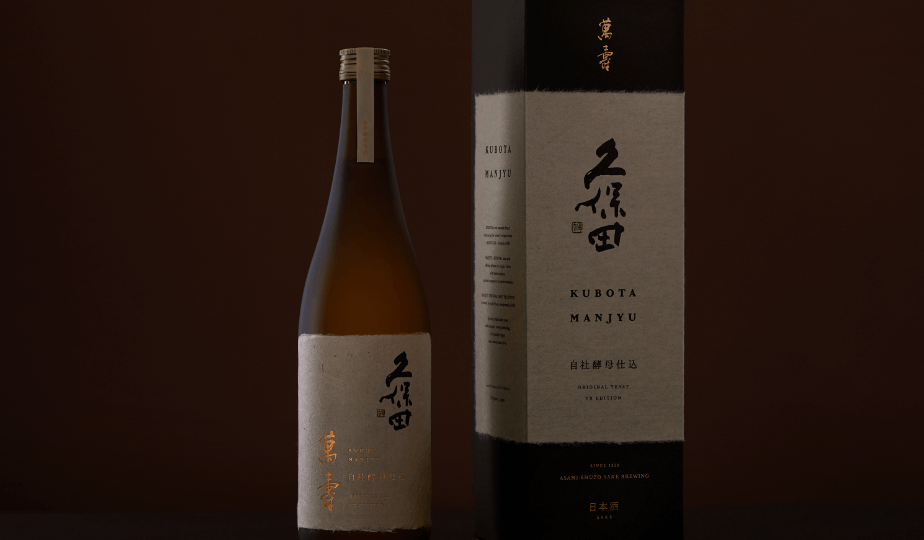 “Kubota Manju in-house Yeast” is a sake that expresses Asahi Shuzo’s commitment to new technology aiming to enhance the drinking experience to those who already enjoy Kubota Manju.

Kubota Manju has been brewed ever since with the same polishing technique and same sake rice Gohyaku-Mangoku from the Koshiji area in Nagaoka City, Niigata Prefecture, where the brewers were also involved in its development and cultivation.

The new limited Kubota Manju Junmai Daiginjo edition is brewed with Asahi Shuzo’s own in-house cultivated yeast that induces layers of elegant scents and a deep and mellow taste, with a rounded prominent clear crisp after taste that characterize Niigata Prefecture’s sake.

“Kubota Manju” has been highly regarded by many customers since its released it in 1986, and has been used to toast “kanpai” for special occasions of any kinds and all sorts.

Since its foundation, Asahi-Shuzo has brewed fine sake with single-minded devotion to quality.
Asahi-Shuzo poured its heart and soul into the brand, which is why it bears the original name of the company.

The revival of an iconic Tokyo Sake brand